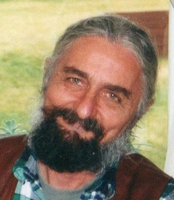 Kent A. Adams passed away at his home on December 25, 2019 following a four year struggle with lung cancer. He was born in 1949 in Tupper Lake, NY to Donald and Harriet (Ingledew) Adams. As a child, Kent developed his love of the outdoors on Tupper Lake and on the slopes of Big Tupper becoming an avid hunter. Following graduation from Johnson State College in northern VT with a degree in English and philosophy, he taught skiing and worked construction in Vermont until his return to the Adirondacks in 1975. Kent was born with a sense of adventure and skis on his feet. His years of teaching and ski school experience led to his post as Ski School Director at Bassett Mountain (Paleface) in the 1980’s. As ski business is seasonal, he developed skills in construction, finish carpentry, and housing rehabilitation to keep him close to the winter action. His varied projects included working on the foundation of the Adirondack Museum (Adirondack Experience), setting lift towers on Whiteface, and crafting the finish carpentry of the Mirror Lake Inn library. These experiences all prepared him for his dream job with the Housing Assistance Program of Essex County or HAPEC. He retired seeking more adventures in 2016. Ever curious, Kent enjoyed spending time in the woods, road trips on his Harley Davidson, drone flying, fine Milwaukee macrobrews, reading, and discussing world and national politics with anyone who would give him a good argument. Kent is survived by his wife, Sarah, his daughters, Phoebe Stapleton (Drue) and Elizabeth Johnson (Steve), son, Samuel; grandchildren, Noah and Ryenne Stapleton, and Bailey Johnson; his sister, Beth McKenna (Mike) and his mother, Harriet Adams. He leaves behind six nieces and nephews and their children. Kent was predeceased by his father, Donald Adams. The family wishes to extend their gratitude to the Fitzpatrick Cancer Center and High Peaks Hospice for their thoughtful care. In lieu of flowers, please consider making a donation to Hope Lodge of Burlington, VT at 237 East Ave, Burlington, VT 05401 or the Wilmington Fish, Game, and Sport Club, P. O. Box 83, Wilmington ,N.Y. 12997. There are no services planned at this time. The M. B. Clark, Inc. Funeral Home in Lake Placid, NY is in charge of arrangements. Relatives and friends are invited to share a memory or leave condolences at www.mbclarkfuneralhome.com.