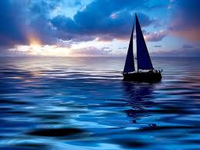 Jutta McNeil April 1, 1941 – August 6, 2020 Died peacefully in her sleep at home in Puerto de Andratx, Mallorca, Spain She studied at the Sorbonne and at Harvard, we met in Gibraltar (she had been hitchhiking in Morocco), and she sailed with me across the Atlantic, around the Caribbean, and never left. We honeymooned at 9,000 feet high in the Chilean Andes for a year and half while I worked as Project Engineer opening an underground copper mine. We lived in an 11hut village across a river at the end of a swinging suspension bridge, usually blocked by a sleeping black pig, rather than live in the company town higher up. She loved it. She traveled by narrow gauge train to Los Andes weekly for groceries, and we hiked the Los Leones Valley on days off. We hiked to a lake at 13,000 feet with one wool blanket, our shepherd Rio warming our feet. She was a social force in Syracuse for 25 years, and on many a guest list. She spoke 5 languages fluently. While I was doing boards and a partner in two large businesses, she kept a flawless house, raised two wonderful children, and kept herself literary current. Christmas trees were decorated with candles, not lights. She befriended Broadway actors appearing at Syracuse Stage, and they came to lunch. She was a friend of Virginia Keiser, wife #1or 2 of Arthur Storch, the Broadway director of Jack Lemmon and others. Arthur became our friend,.. for years. We travelled an 11,000 mile circle around the US in a streamlined Flixable bus with two hang gliders on top, so Jutta could learn the states and see the major Parks. She and the kids were always well dressed. A Buffalo in Yellowstone just looked at her, I imagined shaking its head in wonder. We travelled Spain with very young kids, stroller bouncing across stones of the kasbah in Tangier, heating baby bottles in bars having espresso machines. Jutta and the kids spent summers on Mallorca where we bought a house on La Mola. I sailed the Atlantic again to keep a sailboat there. Summers were wonderful. We moved to Palma de Mallorca when the kids were 10 and 15 to keep them from becoming mall rats. They became more fluent in Spanish and learned some German and French in school, treating Spain as home ever since. 25 years of cold winters in Syracuse were enough! Jutta gradually spent more time in Mallorca when the kids were off to college, after which the kids went back to Spain. I came and went, at times commuting every two weeks. Then son Bradley died. We remained married and consummate friends for 51 years. She leaves behind her daughter Anja, and beautiful grandkids, Georgia, Bradley and Teddy who adored their gagster granny. I miss her. Edward McNeil There are no calling hours. A private graveside service will be held at the convenience of the family. The M. B. Clark, Inc. Funeral Home in Lake Placid, New York is in charge of arrangements. To share a story, upload a photo or leave condolences please visit www.mbclarkfuneralhome.com.