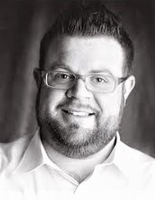 Jerald Karl Sugarman, Jr., of Brushton, New York passed away on November 7, 2020. Jerald "Jay" Karl Sugarman, Jr., fondly referred to by all as Jay, was born on February 1, 1983 to Jerald Karl Sugarman, Sr. and Karen Walker Sugarman in Staten Island, New York. He was a proud graduate of St. Peter's Boys High School and Pennsylvania State University. He spent his working years in the shipping industry before becoming a proud small business owner. He was a passionate sports fan – Yankees, Giants and Penn State games were a particular source of happiness for him – and he enjoyed watching them with his family and friends. He was quick with a joke and a good story-with an infectious laugh and smile that would light up the room. People remembered meeting Jay, no matter how brief their interaction, because he was larger than life. He loved his family fiercely, most especially his three children who were the light of his life and also his beloved mother and "baby" brother. He and his wife Emily were avid travelers, and loved to experience the cultures (and foods) of the world, loved to cook and always looked forward to their next trip. This world is a dimmer place without his light but thankfully heaven is that much brighter now. Jay is survived by his wife Emily Genser Sugarman, children Lucy Grace Sugarman, Clara Elise Sugarman, Jack Robert Sugarman, his mother Karen Walker Sugarman and her longtime companion, Walter Maher, his brother Matthew York Sugarman; his sister-in-law Jacqueline Leahy Sugarman; his niece Nicolette Marie Sugarman; his nephew Nathaniel York Sugarman; and countless beloved aunts, uncles and cousins. He was predeceased by his beloved father and namesake, Jerald Karl Sugarman, Sr. In lieu of flowers, please consider making a donation in Jay's name to Toys for Tots or adopting a child or family for Christmas as he was a passionate advocate for both. Relatives and friends are invited to share a memory, upload a photo, or leave condolences at www.mbclarkfuneralhome.com .