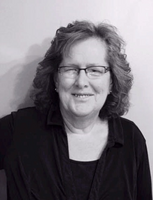 Tina M. Wilson Leonard (63) of Lake Placid passed away unexpectedly and peacefully on September 26th, 2021. Born March 18, 1958 in Lake Placid, Tina was a Lake Placid native who personified kindness, hard-work and community activism. Although her life was too short it was filled with purpose and meaning daily. She will forever be remembered as a loving wife, mother, sister, grandmother, cousin and friend. She is survived by her husband of 42 years, Joe Leonard; her two children, Daci (Mike) Shenfield and Joseph (Abby) Leonard; beloved grandchildren Maeve and Carson Leonard; siblings Pam Wilson, Wes Wilson (Cheryl), Walter Wilson (Ellie); adored nieces and nephew, Ashley (Raul) Lavery, Trisha Lavery and Donald Wilson. Tina is also survived by her Father-in-law, John Leonard, sister-in-law Jacquelin Leonard and numerous aunts, uncle, cousins and dear friends whom she loved all dearly. Tina was preceded in death by her mother, Gayle Wilson Trombley, her father, Donald Wilson, her step father, Henry Trombley and her mother-in-law Jacquelin D. Leonard. Tina was involved in many local organizations throughout her life. She served as President of the Shipman Youth Center at its inception and was a member of the Business and Professional Women's Club as well as the Lake Placid Pee-Wee Association. Tina along with her husband Joe were avid supporters of their daughter and son's passions in their early years. Whether it was leaving for an out of state karate tournament at 5am or driving through a snow storm to sit in a hockey rink all weekend cheering for their son, they were always game for an adventure if it involved their kid's sporting events. In recent years, Tina was loving her role as Grammy with the same passion as when her children were young. At the time of her passing, she was the Owner/Broker of Tina Leonard Real Estate, LLC. and her name was synonymous with being a long term rental agent in the area. Although Tina lost her sight in 2013, she would be the first person to tell you that losing her sight gave her brighter visions of life and higher expectations for herself. Opening her own Real Estate Office in 2016 exemplified her dedication and perseverance. In addition to being the Owner/Broker of her real estate office, Tina was a member of the Northern Adirondack Board of Realtors, a charter member of Tri-Lakes Business and Networking Group, where she served as area director, president, vice president, membership committee member, education coordinator and a mentor to new members. Tina was also an extremely active long time member of the Lake Placid Rotary Club, recently finishing a term as a co-president and committed to Lake Placid Community Projects, with the Annual Dam Duck Race fundraiser being one of her many passions. Although Tina Leonard may have passed away, her spirit will remain with each person that ever had the pleasure of knowing her. As Tina would have wanted, Tina Leonard Real Estate, LLC will remain open and continue to offer the personalized attention and highest standards that she made sure her brand was known for. Calling hours will be held from 5 to 8 p.m. Thursday, Sept. 30 at the M.B. Clark, Inc., Funeral Home, 2310 Saranac Ave. Lake Placid. A Mass of Christian burial will be held at 10 a.m. Friday, Oct. 1 at St. Agnes Catholic Church, Hillcrest Avenue, Lake Placid, with the Rev. John Yonkovig officiating. Burial will follow at the North Elba Cemetery. Relatives and friends are invited to share a memory, upload a photograph or leave condolences at www.mbclarkfuneralhome.com Donations can be made in memory of Tina Leonard to Thomas Shipman Youth Center or The Rotary Club of Lake Placid- Community Projects.