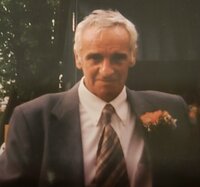 With great sadness we announce the loss of our beloved husband, brother, and friend, Ronald Harry Vincent on Saturday October 23, 2021 in Rouses Point, NY. Ron was born in New Brunswick, N.J. on April 18, 1949 to the late Harry and Margaret Vincent. He grew up in Chazy Landing, NY, and his love for Lake Champlain began in early childhood with his two brothers, Jim and Doug. Together they enjoyed boating and exploring the shores and surrounding orchards. Ron's grandmother, Eva Vincent, was special to him. She owned a roadside restaurant and often gave the boys sweet treats. Ron graduated from Chazy Central Rural School and was very proud of his Eagle heritage. His laughter and easy-going demeanor made him a popular young man. He was Senior class President and played several high school sports. Following school, Ron worked many jobs that have taken him across the country. Ron was a talented painter and drywall finisher. He has painted many houses throughout our community, and took great pride in his work. Most customers became lifelong friends. Ron married the love of his life, Sherri Helen Duffy, on June 8, 1991. Together they created a beautiful life. For many years they have shared a love for Adirondack camping, Sportsmen's Pier picnics, gardening, birdwatching, and a love of their home and family. Ron is survived by his wife of 30 years, Sherri Helen (Duffy) Vincent. He also leaves behind brother-in-law Gary Duffy and wife, Lynn and brother-in-law George Duffy and wife, Ann. In addition, a lifelong friend, Don Deso, nieces, nephews, and his cats, Tiger and Willy. Ron is predeceased by his parents, Harry and Margaret Vincent and brothers James (Jim) Vincent and Douglas (Doug) Vincent. Calling hours will be from 1:00 to 3:00 PM on Thursday, October 28 at M. B. Clark Funeral Home, 148 Lake Street, Rouses Point, N.Y. Burial to follow at Saxe Family Cemetery, Miner Farm Road, Chazy, NY, followed by a Celebration of Life at the American Legion Montgomery Post 912 on Pratt Street in Rouses Point, NY. A special thanks to: Hospice of the North Country, especially his nurse Heather and to George, who spent countless hours with Ron as a friend and go-to handyman.