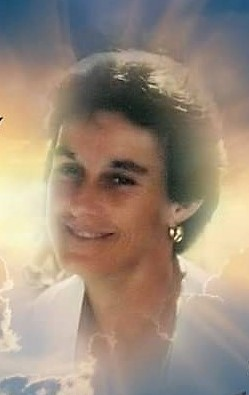 Margaret Ann Hall Rock, 67, of Wilmington, New York passed away peacefully with her family by her side on August 29, 2019. She was born on January 19, 1952 the daughter of Winfred and Catherine Mihill. Peggy worked at Whiteface Mountain for many years and Northwood School until she retired in 2011. She enjoyed camping and flowers but her most joy came from spending time with her grandchildren. The last few years Peggy made many friends in the dialysis unit at Adirondack Medical Center and she will be truly missed by those who knew her. Peggy is survived by her husband of 47 years Herbert A. Rock, III. She is also survived by her children Tracy and Marty Tender, Richard and Lori Rock, Herbie and Patty Rock; seven grandchildren Christopher, Herb, Colleen, Makhayla, Dakota, Emily and Joshua; four brothers, Winifred Mihill and his wife Ceil, Kenneth Myhill and his wife Phyllis, Richard Mihill and his wife Sandy, Billy Mihill and his wife Lorraine; one sister, Patty Farrell and many nieces and nephews. Peggy was predeceased by her parents Winifred and Cctherine and two brothers Tommy and Alan Mihill. At Peggy's request there will be no calling hours. A graveside service will be held on Tuesday September 3rd at 2 p.m. at Pleasant View Cemetery, Bonnieview Road, Wilmington, New York. Arrangements are in care of the M. B. Clark, Inc. Funeral Home in Lake Placid, New York. Relatives and friends are invited to share a memory, upload a photograph, order flowers or leave condolences at www.mbclarkfuneralhome.com . In lieu of flowers donation may be made in Peggy's memory to the Thomashow Dialysis Center at Adirondack Medical Center.

Share Your Memory of
Margaret
Upload Your Memory View All Memories
Be the first to upload a memory!
Share A Memory
Plant a Tree