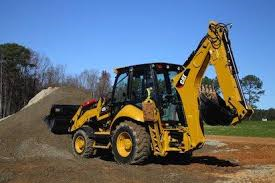 On Tuesday November 19th 2019 Frank E Sears Jr age 75 loving husband and father of 2 children passed away at his home in Lake Placid NY after a two-year battle with Pancreatic cancer.  Frank was born on July 7th 1944 at the Placid Memorial Hospital. He was one of 5 children and a true “Adirondack Man” at heart. He spent many years hunting,  fishing and helping with the family dog sled business. He attended Lake Placid High School where he was on the football and track &amp; field teams. He still holds the triple jump record set in 1962 when he jumped 40 feet 8.5 inches. He later met and married his wife Anita. Together they raised two children which gave him 5 grandchildren that he loved and adored. He purchased his father Franks landscaping business which he ran for over 35 years. He grew the business to one of the largest contracting companies in the area at the time that covered landscaping, developing and construction. He had a work ethic that would tire even the strongest man. He learned all aspects of this business on his own and that was quite the accomplishment. He loved working with heavy equipment. He had a passion for developing property – his biggest subdivision and work of heart was Blueberry Hills in Lake Placid. He would often donate his time and skills to work on community projects such as The Shipman Youth Center and Project Playground at the Lake Placid Elementary School.  Frank and his wife Anita (aka Paco and Chiquita) loved to travel during the winter months. For the past several years they have visited Zihuatanejo, Mexico. They made friends with the staff at their favorite hotels and restaurants. These friends were more like family.  Frank was predeceased by his Father Frank Sears Sr, His mother Elizabeth (Betty) F. Sears, two sisters: Natalie Clark and Sister Nancy Marmion. Survived by Wife Anita, Children Dawson (Ashley) Sears and Desiree (Mike) Skutt. 5 Grandchildren Michael, Olivia, Sam, Vann and Breckin. Sister Betsy (Roger) Richards and Brother Donald (Bev) Sears along with many nieces and nephews.  There will be no calling hours but a memorial service will be planned for summer 2020 in Franks honor. Donations in memory of Frank may be made payable to the Lake Placid Elementary School Playground Fund (Attn: Mrs. Franklin 318 old Military Road Lake Placid NY 12946).  The Family would like to send a special Thank You to High Peaks Hospice, Merrill Center for Oncology at Adirondack Health and Clark Funeral home. The M. B. Clark, Inc. Funeral Home in Lake Placid, NY is in charge of arrangements.  Relatives and friends are invited to share a memory, upload a photo, or leave condolences at www.mbclarkfuneralhome.com .

To send flowers to the family of Frank Sears, please visit Tribute Store

Share Your Memory of
Frank
Upload Your Memory View All Memories
Be the first to upload a memory!
Share A Memory
Send Flowers