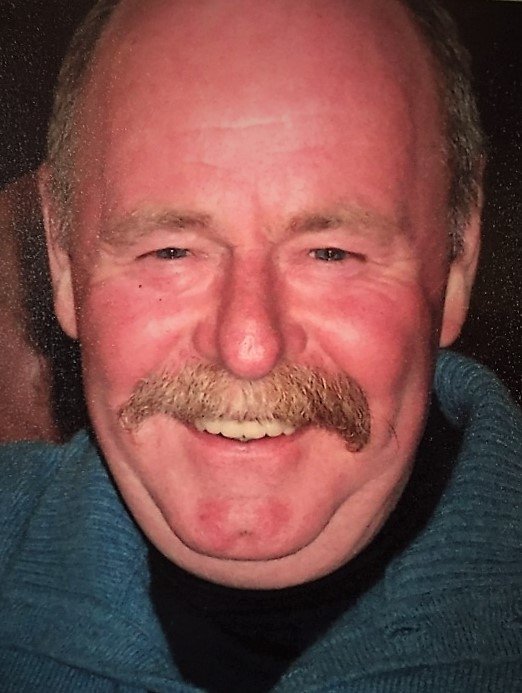 Please share a memory of George to include in a keepsake book for family and friends.
View Tribute Book
George Barney Marnes passed away at his home in Rouses Point, NY on December 23, 2019. George was born on October 2, 1948, the son of George (Red) Marnes and Silva Barney Marnes. He graduated from St. Mary’s Academy in Champlain, NY, the youngest of the Class of 1965. George proudly served his country in the United States Marine Corps having served in Vietnam and completing his enlistment; receiving an Honorable Discharge at nineteen years of age. He attained the rank of Corporal and was awarded the National Defense Medal, the Vietnam Service Medal, the Vietnam Campaign Medal and the Navy Citation Medal. After his discharge, George continued serving his country with the Bureau of Customs (later the U.S. Customs Service) as a “U.S. Sky Marshal” (Customs Security Officer), a Customs Patrol Officer, a Customs Inspector, a Supervisory Customs Inspector and an Operational Analyst Specialist, retiring from the Department of Homeland Security in 2004 after 35 years of government service. George was a parishioner of St. Patrick’s Church in Rouses Point, a member of the Knights of Columbus Council # 3525, a member of the American Legion Montgomery Post 912 and past Commander (at that time the youngest in the Nation) of the Veterans of Foreign Wars Post # 8722 in Rouses Point. He was also member of the Benevolent Protective Order of Elks # 772 in Ogdensburg, NY, the Royal Order of Moose Lodge # 2390 in Plattsburgh, NY and the North Country Golf Club in Rouses Point. George was an avid fan of and enjoyed watching the Montreal Canadiens, the New York Yankees and Cash Cab. He also enjoyed watching football and rooting for his favorite teams, which were determined by the Morning Line. George was predeceased by his parents, his sister, Silva Mary Marnes and close cousin, Henry VanAcker. He is survived by numerous cousins and many friends. Internment, with full military honors, will take place on August 14, 2020 at 11:00 AM at St. Patrick’s Cemetery in Rouses Point. After the burial, due to COVID-19, friends are asked to remember George at a place of their choosing. A formal Celebration of Life will take place at a later date.
To send flowers to the family or plant a tree in memory of George Marnes, please visit Tribute Store
Friday
14
August

Share Your Memory of
George
Upload Your Memory View All Memories
Be the first to upload a memory!
Share A Memory
Send Flowers
Plant a Tree