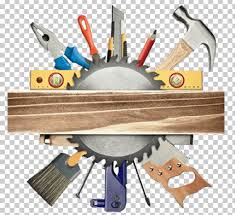 Please share a memory of John to include in a keepsake book for family and friends.
View Tribute Book
John R. Pallotta, 53, of Greenwood St., Lake Placid, NY died Monday, January 25, 2021. John was born April 15, 1967 in Norwalk, CT. the son of John and Sylvia (Gribble) Pallotta. John grew up in Wilton, CT and moved to Lake Placid, NY around 30 years ago and found a home here. John worked as a tradesman including house painter, carpenter, and worked construction for many years. John loved the outdoors, he enjoyed the time he spent hunting, fishing, and camping. John could often be seen riding his bike around town, often with his dog rusty. He was always friendly and was willing to lend a hand to a friend whenever possible. John is predeceased by his parents John and Sylvia and one brother Robert G. Pallotta. He is survived by his son, Dylan T. Pallotta of Lake Placid, NY; one brother, Vito J. Pallotta and his wife Kathleen of Saranac Lake, NY; two sisters, Joann Foster of Saranac Lake, NY and Geneffa Lucci of Fairfax, VT. He is also survived by several nieces and nephews. There are no calling hours. A memorial service will be held at a later date to be announced. The M. B. Clark, Inc., Funeral Home in Lake Placid, NY is in charge of arrangements. Relatives and friends wishing to share a story, upload a photograph or leave condolences please visit www.mbclarkhuneralhome.com . .
To plant a beautiful memorial tree in memory of John Pallotta, please visit our Tree Store

Look inside to read what others have shared
Family and friends are coming together online to create a special keepsake. Every memory left on the online obituary will be automatically included in this book.
View Tribute Book
Services for John Pallotta
There are no events scheduled. You can still show your support by planting a tree in memory of John Pallotta.
Plant a tree in memory of John

Share Your Memory of
John
Upload Your Memory View All Memories
Be the first to upload a memory!
Share A Memory
Plant a Tree