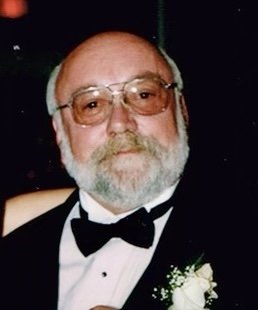 Please share a memory of Albert to include in a keepsake book for family and friends.
View Tribute Book
Albert G. LaPorte, a mentor to many and a friend to all, passed away on January 31, 2021 at the age of 74. He was born December 20, 1946 in Champlain, NY to the late Gordon (Joe) and Georgianna (Pauline) LaPorte. After graduating from Champlain Central School in 1965, Albert began a long career with Ayerst Laboratories in Rouses Point in 1966. He wore many hats at Ayerst, from Group Leader Setup in packaging, to Mechanic A in maintenance. Many would remember Albert as a big man with a big personality, with a big laugh to match. If you didn’t see him in the halls at Ayerst, you most certainly heard him! Albert was active in community service; he was on the Board of Trustees for the Village of Champlain from 1997-2000 until he gave up his seat on the Board to serve two terms as the mayor of the Village of Champlain from 2000-2004. He was also a dedicated member of the Champlain Fire Department for over 25 years. During his time as an active member of the fire department, Albert held many titles, including Fire Chief. Albert is survived by his wife of 54 years, Linda (Phaneuf) of Champlain; his sister, Tammy LaPorte; sister-in-law, Manon Leger; his children, Melissa LaPorte and Jessica Badger; his grandchildren, James Menard and Brandon McCauslin, Katelyn LaPorte and Caleb Lazarski, Karissa and Nicholas Bouchard, Megan LaPorte, Mitchell and Brittney LaPorte, Mikayla LaPorte, and Keaton and Camden Badger; and his 7 great-grandchildren, Porter, Liam, Elijah, Aubree, Jaxsen, Jamisen and Chloe. Albert was predeceased by his parents, and his two children, Michael and Joe. His sister, Christine, also passed away 12 hours after Albert on January 31, 2021. To honor Albert’s memory, gifts may be made to the Champlain Fire Department. Calling hours will be held on Thursday, February 4 at M. B. Clark Funeral Home in Champlain from 2:00 – 4:00 PM.
To send flowers to the family or plant a tree in memory of Albert LaPorte, please visit Tribute Store
Thursday
4
February

Share Your Memory of
Albert
Upload Your Memory View All Memories
Be the first to upload a memory!
Share A Memory
Send Flowers
Plant a Tree