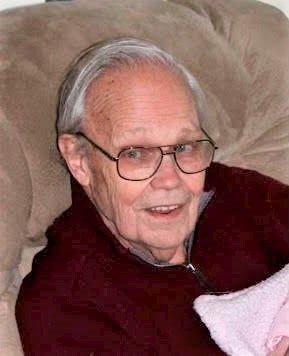 Please share a memory of Milton to include in a keepsake book for family and friends.
View Tribute Book
Milton Franklin Spring was born March 25, 1935 in Moriah area to Franklin Spring and Ruth Pratt, spending part of his childhood in Tahawas. He attended St. Lawrence University and graduated in 1957 with chemistry degree. Milton married Margaret Cambridge on Nov. 9, 1957 in Newcomb NY, with Margaret’s father officiating at the ceremony. He was drafted into the Army in 1958 and was stationed in Japan during the Korean War. Milton moved to Rouses Point and the Champlain area and worked for Ayerst, subsequently Wyeth and Pfizer from 1960-2000. Upon retirement he continued working as a consultant for many years. He was an active member of Three Steeples United Methodist Church, being on the board of trustees, choir member and as treasurer. Milton enjoyed music and was an active member of the Champlain Valley Choral Society for many seasons. He enjoyed camping, fishing, sailing, photography and found a way to fix almost anything that was broken. He and his wife enjoyed the many Senior Citizen tours of New England that they went on. Milton was predeceased by his parents Franklin & Ruth Spring. He leaves his wife of 65 years Margaret Spring, and a brother Marvin (Jayne) Spring of Ransomville, NY. His children are David (Judy) Spring, Mark (Carrie) Spring, Mary Spring (Chris Trombley), Emily Spring, Sheila (William) Aubrey. Milton’s grandchildren are Regina Wells, Andrew Spring, Justin Spring, Jennifer Aubrey (Todd Lemere), Megan Aubrey, Jared Spring, Ethan Spring, Brian (Shelby) Sousa, Kevin (Taylor) Sousa, David Sousa, Erin Sousa, James Spring. Great-Grandchildren Milton, Esther, Mavis, Aiden, Arielle & Mason. A funeral service will be held at Three Steeples United Methodist Church in Champlain at 11:00 AM on Saturday, April 17, 2021. In lieu of flowers, donations may be made to Hospice of the North Country, who took excellent care of Milton in his final days.
To send flowers to the family or plant a tree in memory of Milton Spring, please visit Tribute Store
Saturday
17
April

Share Your Memory of
Milton
Upload Your Memory View All Memories
Be the first to upload a memory!
Share A Memory
Send Flowers
Plant a Tree