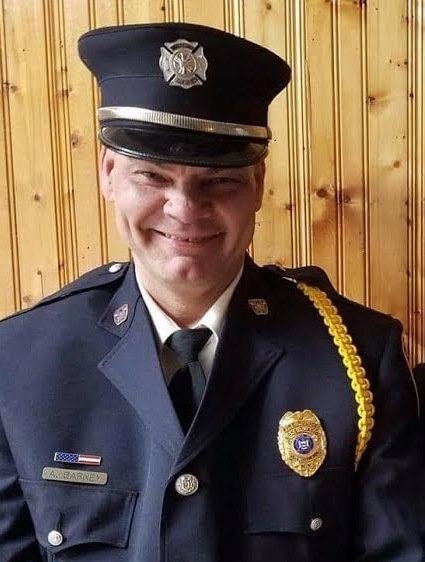 Please share a memory of Andrew to include in a keepsake book for family and friends.
View Tribute Book
Andrew Lei Barney Andrew Lei Barney, 55, of Lake Placid, passed away Saturday, June 26, 2021, in Boston, after a lifetime of service to his community. Born June 8, 1966, in Hancock, New York, he was the son of Wayne and Babette Barney. Andrew and his twin sister Angie moved to Lake Placid on Feb. 3, 1968. He learned about community service at a young age, participating in the Boy Scouts, and in November 1975 at the age of 9, he saved his sister's life as she was drowning in a pond near their home, pulling her to safety with a hockey stick. For his courage and fast response to danger, the Boy Scouts gave him a National Merit Badge. Andrew graduated from Lake Placid High School in 1984, and then he joined the 2nd 105th Infantry of the New York Army National Guard, based in Saranac Lake, serving until 1989. He was a security guard at the Lake Placid Club, caretaker for the St. Agnes Cemetery and the campground at the Lake Placid firehouse, and worked at the U.S. Olympic Training Center from 1992 to 2007 as a bus driver. In June 2015, he retired after 25 years as a bus driver at the Lake Placid Central School District. Andrew had been a member of the Lake Placid Volunteer Fire Department for more than 31 years, most recently helping with fire police duties, and a member of the Essex County Fire Police Association. He was a great husband to Merry and father to his two children, Arron and Emily, and he was willing to help anybody in need. Even during his battles with cancer, he'd get up, get dressed, put a smile on his face and went out to help others in the community. He showed up to help, no matter how sick he was. Survivors include his wife Merry Barney, of Lake Placid; son Arron Barney, of Lake Placid; daughter Emily Barney, of Lake Placid; sister Angie Watson, of Plattsburgh; stepsister Melissa Furnia, of Elizabethtown; father Wayne and and stepmother Victoria Barney, of Lake Placid; several nieces and nephews and the extended Barney family; and several close firemen friends. He was predeceased by his mother Babette and brother Arron Barney. Calling hours will be held from noon to 1:45 p.m. Wednesday, June 30 at the Adirondack Community Church in Lake Placid, with a fireman's prayer service at 1:45 p.m. A funeral service will follow at 2 p.m. at the church with the Rev. Derek H. Hansen officiating. Burial will follow in the North Elba Cemetery. The American Legion Post 326 in Lake Placid will provide military honors. In lieu of flowers, memorial donations may be made to the Joshua Fund dog rescue, PO Box 408, Jay, NY 12941. The M. B. Clark, Inc., Funeral Home in Lake Placid is in charge of arrangements. Relatives and friends wishing to share a memory, view the memorial tribute video or leave condolences can visit www.mbclarkfuneralhome.com.
To send flowers to the family or plant a tree in memory of Andrew Barney, please visit Tribute Store
Wednesday
30
June

Share Your Memory of
Andrew
Upload Your Memory View All Memories
Be the first to upload a memory!
Share A Memory
Send Flowers
Plant a Tree