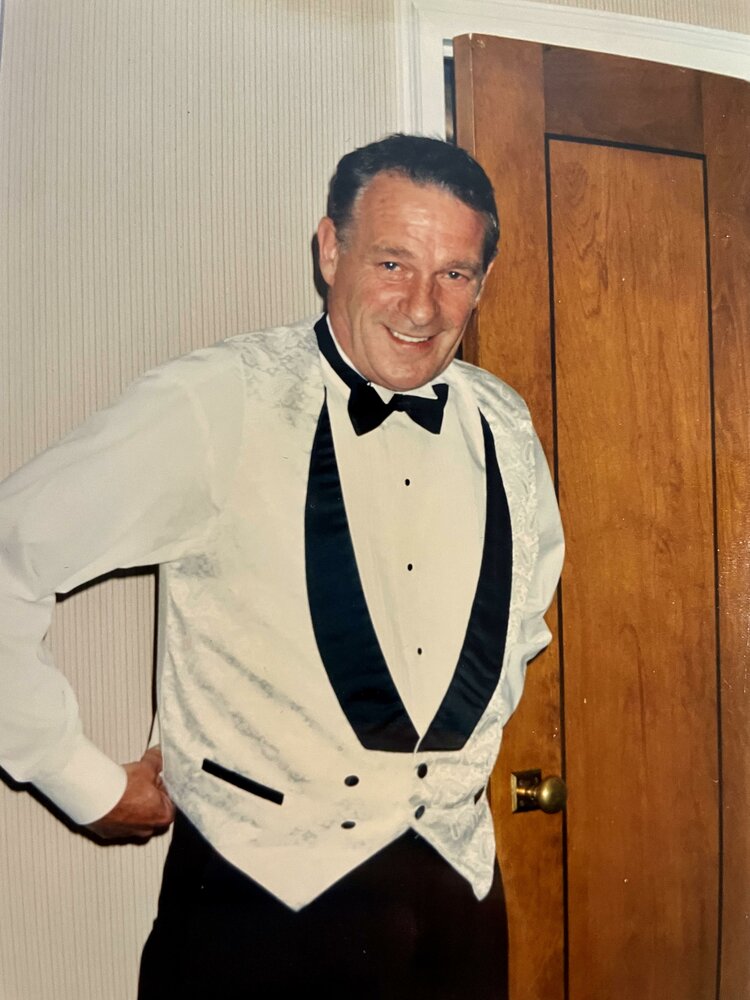 Please share a memory of Robert to include in a keepsake book for family and friends.
View Tribute Book
After a long illness, Robert L. Brewster, 82, died under the care of TrustBridge Hospice with family by his side. He was born to the late Francis and Thurlah (Jerome) Brewster at home in Mineville, NY. After completion of high school, he enlisted in the United States Air Force serving as an MP stationed at Travis AFB, CA and Thule AFB, Greenland. He later went on to attend Rutgers University in New Brunswick NJ, later accepting a job at Walter Kidde Fire Extinguisher Co. in Cleveland, OH. In 1962 he returned to the North Country to accept a position at Ayerst Laboratories in Rouses Point, NY. He worked in the Quality Control Labs and later in the Research Department helping to develop methods and testing new product compounds. He was a highly respected employee of Wyeth/Ayerst for nearly 35 years, retiring in 1996 when the research division moved to Pearl River, NY. As Bob could not sit idle, he obtained his CDL license and became a bus driver for NCCS School District. He loved kids as readily seen when at family parties he would be found playing with the children rather than sitting with the adults. Soon after accepting the bus driver position, Wyeth called him back as a temporary employee in the Raw Materials Lab, therefore working both jobs for a few years. He worked at NCCS for 17 years where he retired for the second time in 2013. Of course, through the years you could find Bob bar tending at the Holland Hotel, Saxony, and for over 25 years every Friday night at the Anchorage Hotel. Bob was also a long-time member of the Rouses Point Volunteer Fire Department, as well for a period of time as an EMT on the Ambulance Service. In 1984 Bob married Maureen Sweeny Cleary. Bob enjoyed camping, bowling and he dabbled in golf. Nobody would claim he was a serious golfer as he was more interested in stopping when he spotted a green apple tree, usually filling his golf bag. He also claimed to be a hunter, however he really just enjoyed being in the woods (occasionally getting lost), he actually never shot a deer! Many people in the Village will remember Bob walking the dog with his bird peeking her head out of his zippered jacket, much to the delight of anyone who stopped to speak to him. Including his parents, he was predeceased by his daughter Elizabeth Brewster Morgan, his stepdaughter Cristin Cleary Mills, his sisters Frances Spencer and brother-in-law Norman, Emma Jean Drummond and brother-in-law Edward “Bud”, his brother Wayne Brewster and sister-in-law Marilyn and his mother and father-in-law Robert and Dorothy (Platt) Sweeny. Bob is survived by his wife of 37 years Maureen, his sons James (Gwen), Robert, Thomas (Arlyn), Michael (Amey), and son-in-law Dermott Morgan (Jodi), sister-in-law Eileen Sweeny Guise (James), brother-in-laws Edward Sweeny, Michael Sweeny (Nicole). His grandchildren Christopher Brewster, Haleigh Morgan, Dermott (DJ) Morgan, Matthew Brewster (Cari), Theresa Brewster, Kate Nielson (Scott), Lucy Brewster, Francie Brewster, Charlie Brewster, Tristan Brewster and Ryan Mills. He is also survived by his first wife, the mother of his children Ann McNulty Brewster as well as his great Grandchildren, Caelum Brewster, Cadence and Gus Nielsen, and several nieces and nephews. In lieu of Flowers memorial donations may be made to the Rouses Point EMS, or charity of one’s choice. Arrangements are entrusted to M. B. Clark Funeral Home, 148 Lake Street, Rouses Point, NY. A graveside service will be held at St. Patrick’s Cemetery at noon October 25, followed by a reception and remembrance of Bob’s life at the American Legion Montgomery Post 912, 29 Pratt Street, Rouses Point NY.
To send flowers to the family or plant a tree in memory of Robert Brewster, please visit Tribute Store
Monday
25
October

Share Your Memory of
Robert
Upload Your Memory View All Memories
Be the first to upload a memory!
Share A Memory
Send Flowers
Plant a Tree