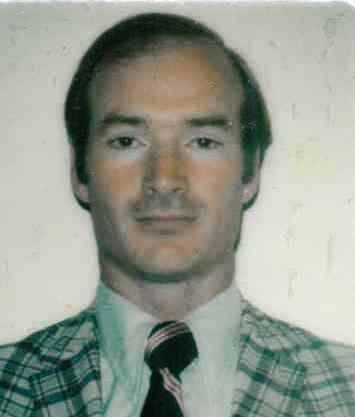 Please share a memory of Patrick to include in a keepsake book for family and friends.
View Tribute Book
Patrick F. McIntyre passed away on November 6th,2021 after a twenty-year struggle with prostate cancer. He was born on October15, 1942 to Vira R. Krouse and Patrick F. McIntyre, Sr. in New York City at Booth Memorial Hospital. He grew up on the Lower East Side of Manhattan, the West End of Baltimore, in Washington, DC, and in Falls Church, VA., where he graduated from Falls Church High School in 1960. He entered George Mason College of the University of Virginia in Fairfax, Va. in 1964 after working for IBM – first at the Space Computing Center on Pennsylvania Ave and then for the Federal Systems Division in the Recruitment Office in Bethesda, MD. He finished his studies at George Mason in 1969 and matriculated in the graduate School of Information Studies at the University of Maryland. Upon graduation from therein 1970, he returned to the now George Mason University to work as a Reference Librarian – the first graduate of George Mason to be hired full time with a faculty rank of Lecturer. He worked at George Mason University until 1976, when the call of the Adirondacks became too strong to resist.  He married Félice L. McIntyre on June 21, 1969 in Fair fax City, Va. Félice’s family-owned property in the Town of Wilmington and it was there that they built their dream home of native field stone, doing almost all of the work themselves from laying out the footings to the finished carpentry and final interior finishing.  Patrick was hired as a Reference Librarian at North Country Community College in 1977 where he worked for 32 years, the last 25 as Director of Library Services. During that time, he was instrumental in keeping the library in the forefront of the new technologies that were coming on the scene – desktop computers, CD databases, the Internet, remote access to electronic research databases over the Internet. He was elected as a Trustee of the North Country Reference and Research Resources Council Board of Trustees twice and serves three years as Vice President and one year a President the first time, and one year as VP and three years as President the second time. He was a Founding Director of Northnet.org, an internet service provider to the North Country. When it was sold in the early 2000’s, it was the largest Internet Service Provider north of Albany. He served 10 years on North Country Reference and Resources Council, and was Presiding Officer Council of Princes of Jerusalem, he was also the first President of the newly reconstituted Wilmington/E.M. Cooper Library Board of Trustees in the early 1980’s.  As a member of the Faculty at NCCC Patrick served as VP and President of the Faculty Association of Professionals and was its Chief Negotiator for 20 years. He received promotions in faculty rank to full Professor and retired as a Professor Emeritus in 2009. Patrick and Félice had no children but had loving nieces and nephews. Félice passed away on December 23, 2019. He is survived by his brother and sister-in-law, Marc and Pat DuBois, his closest and dearest niece and her husband, Laurel and Steve Riehs, Michael and Rachel DuBois, David and Kris DuBois, and Vincent DuBois. He will be cremated and his ashes interned next to his wife at the Pleasant View Cemetery in Wilmington, NY. A life celebration for both Félice and Patrick will be held in the Spring. The M. B. Clark, Inc., Funeral Home in Lake Placid, NY is in charge of arrangements. Please visit www.mbclarkfuneralhome.com to share a memory or leave condolences
To send flowers to the family or plant a tree in memory of Patrick McIntyre, please visit Tribute Store

Share Your Memory of
Patrick
Upload Your Memory View All Memories
Be the first to upload a memory!
Share A Memory
Send Flowers
Plant a Tree