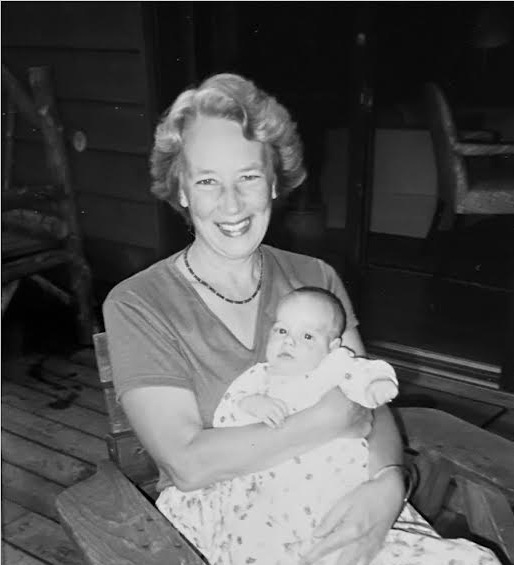 Please share a memory of Cynthia to include in a keepsake book for family and friends.
View Tribute Book
Cynthia Kirk Grant completed a lifetime of grace and kindness on December 8, 2021. She was 92 years old. Born in Ardmore, Pennsylvania, she grew up in White Plains, New York with her sister, Barbara Kirk Andrews Hail, and her parents, Elizabeth Dale Woolridge Kirk and James Wickersham Kirk. When she was 15, Cynthia received the American Legion Award at Alice Deal Middle School. The award was given to a single girl and boy who had the highest records of scholarship, citizenship, and leadership. Cynthia then attended Woodrow Wilson High School in Washington, D.C., where she received the DAR (Daughters of the American Revolution) Award for Citizenship and five letters for athletics. She worked as a counselor at Mohawk Day Camps in White Plains to help pay for her tuition at Pembroke College, Brown University, from which she graduated in 1951 with a bachelor's degree in English Literature. While at Pembroke, she was president of the sophomore class, a member of the tennis team, and president of the Pembroke Girls Sports Association. Her life took an exciting turn on Aug. 25, 1951, when she married Robert England Grant. In the early days of their marriage, she worked as assistant to the book editor at MacMillan Publishing in New York City. Soon, however, their lives were enriched with the addition of three sons, Robert England Grant, Jr., David Kirk Grant, and James Wickersham Grant, who filled her life with music, mischief, sports, carpools and fun. While her husband, Bob, went on to serve as a Fortune 500 executive, Cynthia anchored the home front. She also served as president of the Friends of the Rhode Island Philharmonic, a member of the Barrington Garden Club, and an alto in the Barrington Presbyterian Church choir. On top of managing the household, Cynthia travelled the world with Bob and maintained a glorious garden on the shores of Narragansett Bay. In the 1980s, Cynthia and her husband, Bob, relocated to their beloved summer home in Lake Placid, New York, where they lived in a lovely log cabin at the base of Cobble Hill. One by one, their three sons joined them as residents of Lake Placid, each becoming long-term members of the community. The family also shared many seasons at Kate Smith's Camp Sunshine on Buck Island in Lake Placid. When they sold the camp, they donated artifacts from the famous singer's belongings to the Kate Smith Foundation for a travelling exhibition dedicated to the singer's life. Cynthia remained active in Lake Placid's community throughout her life, serving on the floral committee for the 1980 Olympics and assisting athletes in Ironman Lake Placid. She was an active member of the Adirondack Garden Club and had a keen eye for color, flower groupings and beauty. For decades, she sang in the choir at St. Eustace Episcopal Church. Knitting was more than a pastime for Cynthia. As a member of the Lake Placid Knit Wits, she knitted countless scarves adorning teddy bears that were given to the young residents at St. Joseph's Addiction Treatment & Recovery Centers Rose Hill Adolescent Treatment Program. She also knitted baby blankets for nearly every child born to her extended family. She shared her love of music with her family at her annual Christmas carol sing. Cynthia adored opera, especially Lily Pons, a coloratura soprano with the Metropolitan Opera. Many of Cynthia's family members sampled opera for the first time when an extra ticket miraculously appeared for the Met. Cynthia valued motherhood and wrote of her own mother, "We were blessed with and nurtured by a mother who created a secure, interesting and loving home. She was always there to aid with the early ills and problems, and later to provide solace and companionship during the greater sadnesses and joys to come. Her constant support and love were to enrich our lives forever." Cynthia emulated these qualities, placing family at the center of her life. She excelled as an athlete, both as a tennis player and a swimmer who won gold and bronze medals in the Empire State Games in her 70s, after two knee replacements. Cynthia also loved literature, with a fascination for the Tales of King Arthur and mystery stories. Cynthia was a true American patriot, believing in the goodness of our country and its original ideals. With her sister, she raised a Victory Garden during WWII and rode horseback as a member of the Mounted Corps of the American Women's Voluntary Services to raise money for the war effort. At her heart, Cynthia sought the silver lining in life and brightened every room she entered with her humor and good nature. The most elegant of hostesses, she had a unique ability to make people feel special and welcome, as if she had been waiting all day for them to arrive. She will be deeply missed and forever treasured. Cynthia is survived by her son Robert and his wife Patricia, her son James, and her daughter-in-law Julie; her sister, Barbara; her grandchildren David, Elizabeth, Caroline, and Charles; and her great-grandchildren Noah, Greta, Azalea, Judah, and Phoenix. She also leaves nieces, nephews, grandnieces and grandnephews. She is predeceased by her husband, Robert, and her son, David. A service honoring Cynthia's life will be held at 11 am on Friday, December 17, at St. Eustace Episcopal Church, 2450 Main Street, Lake Placid, NY. In lieu of flowers, donations may be sent to St. Eustace Episcopal Church. The M. B. Clark, inc. Funeral Home in Lake Placid, NY is in charge of arrangements. Relatives and friends are invited to share a memory or leave condolences at www.mbclarkfuneralhome.com .
To send flowers to the family or plant a tree in memory of Cynthia Grant, please visit Tribute Store
Friday
17
December

Share Your Memory of
Cynthia
Upload Your Memory View All Memories
Be the first to upload a memory!
Share A Memory
Send Flowers
Plant a Tree