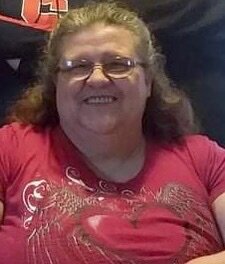 Please share a memory of Angela to include in a keepsake book for family and friends.
View Tribute Book
Our beloved Angela was a mother, sister, daughter, grandmother and great-grandmother who left this world unexpectedly on Sunday, February 13, 2022 at the young age of 56. Angela was born on October 5, 1965 in Ticonderoga and was the fourth of five children. Angela is survived by her life partner of 20 years Tyrone Rabideau, Jr. of Mooers Forks, her daughter Heather Taylor and spouse Anthony “Tony” Taylor of Mooers, her siblings Paula Buckman of Glens Falls, Diane Henry of Ticonderoga and brother Alfred Rovelli, Jr. of Maine. She is also survived by her grandchildren Jack Romat, Amy Romat, Paul Schaner, Kyleigh Taylor, Brian Taylor, Kirk Warren, Jr., Anne LeClair and Hayley LeClair, and one great-grandchild Pheonix Warren. Angela was predeceased by both of her parents, Alfred Rovelli, Sr. and Mildred Rovelli, her son Jason Decker, daughter Cheryl (Rovelli) Brunell, sister Rosemary Daniels, brother-in-laws Michael Buckman, Dale Henry, and Howard Daniels. Visitation will be held at M. B. Clark funeral home in Champlain on Friday, February 25 from 11:00 AM to 12:00 PM.
To plant a beautiful memorial tree in memory of Angela Rovelli, please visit our Tree Store

Look inside to read what others have shared
Family and friends are coming together online to create a special keepsake. Every memory left on the online obituary will be automatically included in this book.
View Tribute Book
Services for Angela Rovelli
There are no events scheduled. You can still show your support by planting a tree in memory of Angela Rovelli.
Plant a tree in memory of Angela

Share Your Memory of
Angela
Upload Your Memory View All Memories
Be the first to upload a memory!
Share A Memory
Plant a Tree