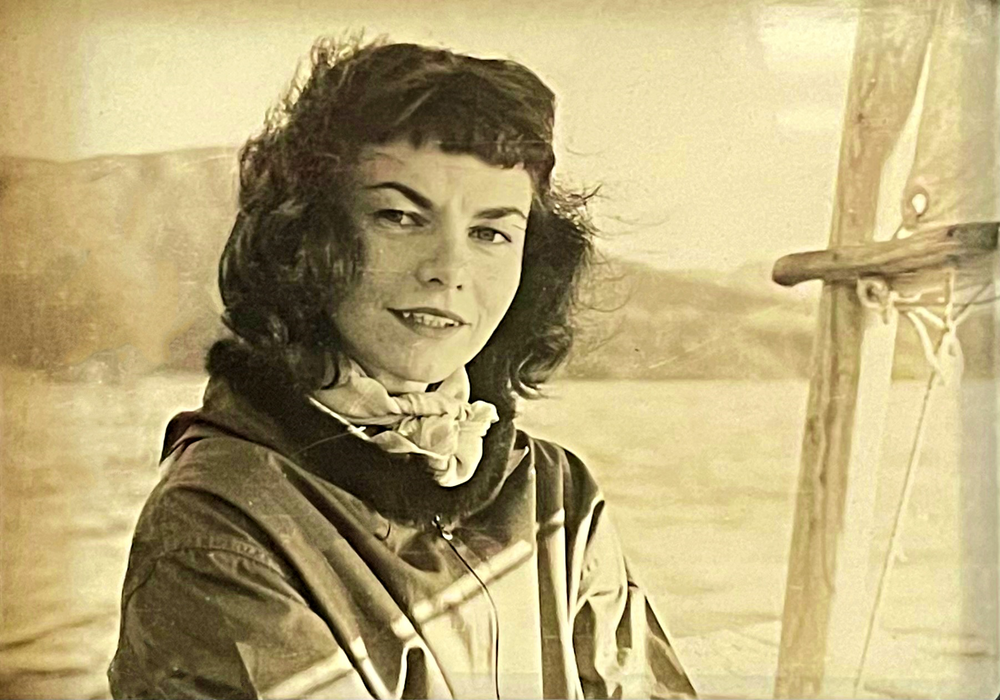 Please share a memory of Mary to include in a keepsake book for family and friends.
View Tribute Book
Mary Conwell Hartenberger passed away peacefully on Monday, February 21, 2022, surrounded by family. Born on October 13, 1921, daughter of Linus and Averil Conwell, Mary graduated from the Goodman School of Drama in Chicago, Illinois. She performed leading roles with the Goodman Children's Theatre, including Alice in Alice in Wonderland, before moving to New York City, where she appeared in commercials and film. At the end of World War II, Mary toured Europe, performing with the USO. She went on to work as a Civilian Actress Technician in Japan, where she met her husband Edmund, a fighter pilot in the U.S. Army Air Corps (later the U.S. Air Force). Mary and Eddie married in Upper Jay, New York. Together, they traveled the world—living in Japan, Germany, Texas, Arizona, Virginia, and Maryland. Mary spent her last ten years in Rhinebeck, New York, near her daughter and grandchildren. She was an engaging storyteller and loved the arts, reading, singing, and taking long walks. Mary is predeceased by her husband Eddie, son Bruce, and sister Frances. She is survived by her daughter Maryjo; her grandchildren Jennifer, Connor, and Georgia; great-grandchild Victor; and nephew Michael. Mary's burial took place at Norton Cemetery in Keene, New York with Rev. John Yonkovig presiding. The M. B. Clark, Inc. Funeral Home in Lake Placid, NY is in charge of arrangements.
To send flowers to the family or plant a tree in memory of Mary Hartenberger, please visit Tribute Store
Friday
25
February

Share Your Memory of
Mary
Upload Your Memory View All Memories
Be the first to upload a memory!
Share A Memory
Send Flowers
Plant a Tree