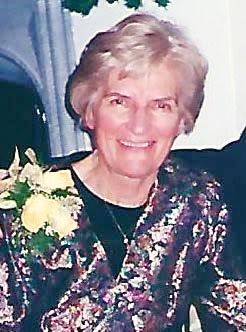 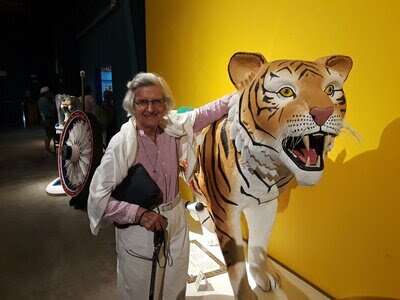 Please share a memory of Katharine to include in a keepsake book for family and friends.
View Tribute Book
Obituary Katharine L. Lowe October 3, 1926 – March 15, 2022 Lake Placid – Katharine L. Lowe, 95, (a.k.a. Kabby) passed away peacefully under special care at Elderwood of Lake Placid, on Tuesday, March 15, 2022 with family by her side. Katharine was born on October 3, 1926 in Maywood, NJ the daughter of Leigh Kent Lydecker (1882-1969) and Dorothy Fisher Lydecker (1893-1982) and the sister of Louise Lydecker Gregg (deceased), Leigh K. Lydecker, William F. Lydecker (deceased) and Gerrit V. Lydecker. She lived in the same home in Maywood throughout her youth attending Maywood Elementary School (K-9) and Bogota High School (class of 1944) and then went on to Wells College in Aurora, NY where she graduated in the class of 1948 with a BA degree in Sociology. Following College she worked in NYC initially as a librarian for the NYC Public Library and then as a Market Researcher with J. Walter Thompson. She married Alfred H. Lowe, Jr. on November 24, 1951 and lived around the country during their 50+ years together given her husband’s career with General Electric Company including Schenectady, NY, Marblehead, MA, back to Schenectady, Strafford Wayne, PA, Menlo Park, CA and then Niskayuna in Schenectady, NY. Katharine resided in the same home in Niskayuna for 50 years and then transitioned to Will Rogers in Saranac Lake, a senior independent living community, over the past 2 years. She was a devoted homemaker, mother, grandmother, friend of many, and a member/participant in a wide variety of community organizations. She also continued her interests in lifelong learning by being an avid reader and attending Union College Academy for Lifelong Learning (UCALL). Over time Katharine also did a lot of volunteer and not-for-profit activities as well as serving in a variety of board and leadership roles. She was a member of the Gardener’s Workshop of Schenectady for 40+ years, the Environmental Clearinghouse of Schenectady from 1971 for close to 50 years, volunteer with the Friends of Schenectady Public Library for over 40 years, an avid reader and member of the Niskayuna Book Club, Sunday School Teacher, Altar Guild member as well as doing some tutoring over time. Katharine also served as the Vice President of the American Association of University Women (Menlo Park-Atherton, CA Chapter), the President of the Parent Teacher Association for the Los Lomitos Elementary School and Vice President of the American Association of University Women (Menlo Park-Atherton Chapter) when the family lived in Menlo Park, California during the mid-1960s. Then served as a member of the Vestry for St. Stephen’s Episcopal Church in Schenectady in the 70s and as a Wells College Alumni Trustee from 1980-1986 upon the family move to Niskayuna, NY in 1969. Katharine also enjoyed travels and adventures with her husband and family throughout her life beginning as a child visiting the Adirondacks in the Lake Placid, NY area and Deerland Lodge and Cottages (aka the Grove House in the early days) in Long Lake, NY. Deerland was owed initially by her great Uncle AD Brown from 1900 until 1956 and then one of the cottages that was part of the original complex was purchased by Katharine and her husband when they moved back east from California. She enjoyed her time in the Adirondacks throughout her life along with other travels in her adult years to every continent, with the exception of Antarctica. She and her husband also enjoyed American Bicycle Tours (Holland and Austria), Princeton University and Wells College sponsored alumni programs, Elder Hostel and Adirondack Mountain Club trips/hikes and Sitzmarkers of Schenectady sponsored cross country ski trips in New York and Vermont. Katharine was predeceased by her husband (2012) and daughter Louise Mary Lowe (2005), and leaves behind her children Charles L. Lowe (Jeanne), Elizabeth M. Lowe and James A. Lowe (Jane); her grandchildren Jeremy Lowe (Abigail), Peter Lowe, Christopher Lowe Verner (Annie), Caroline Valente (Mark), James Lowe (Alecia), Mary Alexandra Ward (Tom), Jack Lowe and Lea, Lydia and Theo Scafidi; four great grandchildren Christopher Orion Verner, Wilbur Sealey Lowe, Calliope Sealey Lowe and Ava Ward, along with many other close family and friends. A memorial Service will be held at the Church of the Transfiguration in Blue Mountain Lake, NY on June 25 at 10 a.m. for friends and family with her burial to follow in Long Lake. The M. B, Clark, inc., Funeral Home in Lake Placid, NY is in charge of arrangements. Relatives and friends are invited to share a memory or leave condolences at www.mbclarkfuneralhome.com
To plant a beautiful memorial tree in memory of Katharine Lowe, please visit our Tree Store

Share Your Memory of
Katharine
Upload Your Memory View All Memories
Be the first to upload a memory!
Share A Memory
Plant a Tree