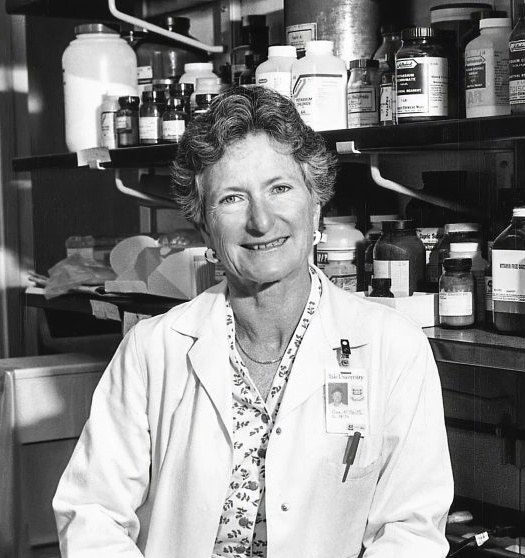 Please share a memory of Ora to include in a keepsake book for family and friends.
View Tribute Book
Ora Louise Kingsley Smith, MD of Lake Placid and New York City passed away in New York City on Feb. 17, 2022 after a long and fulfilling life. She was 94. Ora Smith was born in West Orange, New Jersey on March 9, 1927 to Francis G. Kingsley and Ora Rimes Kingsley. She attended the Kent Place School in Summit, New Jersey and transferred to the Low-Heywood School in Stamford, Connecticut when her family relocated to nearby New Canaan. During World War II, her parents rented an apartment in New York City and she attended the Chapin School, from which she graduated in 1945. Ora attended Wellesley College, where she joined the ski club and discovered a passion for skiing. She graduated from Wellesley in 1949 and became one of only three women in Yale University School of Medicine's class of 1953. At the time, female applicants to the medical school were so unusual that her father was asked to accompany her to the interview. Ora's time at Yale marked the beginning of a long and successful career in teaching and medical research. Upon graduation, she married her Yale classmate, Howard W. Smith, and took a research position at Georgetown University in Washington, D.C. while Howard served in the air force at Andrews Air Force Base. Ora and Howard returned to New Haven in 1955 to finish their residencies, Ora in Internal Medicine and Howard in Otolaryngology. Ora later lectured in Physiology and Internal Medicine at Yale and became a research assistant for her mentor, Dr. C.N.H. Long, former dean of the medical school and chairman of the Department of Physiology. Ora joined Dr. Long in researching the relationship between endocrine glands and the biochemical changes in diabetes. In 1969, she followed Dr. Long from Yale to the John B. Pierce Foundation, a nonprofit independent research institute affiliated with Yale. She remained a fellow at the Pierce Foundation until her retirement in 1989. Throughout her long and productive career, Ora authored numerous academic papers with collaborators from around the globe. She persevered and thrived in the field of medical research at a time when women were few and largely unwelcome. Her quiet success was an inspiration to many. Ora was fascinated by the natural world, but her intellectual interests ranged far beyond the sciences. She loved classical music, dance and opera and always had an interesting book within reach. After she and Howard retired to New York City, Ora enthusiastically attended lectures, concerts and performances at many of New York's cultural institutions. Ora was also an enthusiastic and accomplished athlete. She learned tennis, riding, swimming and ice skating as a child and discovered downhill skiing in college. As an adult, she often rode her bike to work and swam, ran, skied or played racquet sports at least once a day. A passionate skier, she took innumerable runs at Mt. Whitney and Whiteface and enjoyed many happy trips to Austria and Utah with family and friends. She was a proud member of the Ski Club Arlberg and maintained a well-used season pass at Whiteface into her late eighties. Ora's interest in skiing brought her to Lake Placid in the 1940s, where she skied at Mt. Whitney for the first time. Ora and Howard Smith honeymooned at the Lake Placid Club in 1953 and soon returned with their growing family, eventually building a home on former Club property on Mt. Whitney Road. Ora loved Lake Placid and took full advantage of the many opportunities the Adirondacks have to offer. Throughout her life, Ora supported many local organizations, was an avid member of the Lake Placid Garden Club and played a significant role in the preservation of land in and around Lake Placid, including Mt. Whitney and a mile of undeveloped shorefront contiguous with the State Forest Preserve. Despite the demands of her career, Ora was a dedicated and loving wife, mother, grandmother, mother-in-law and friend. She was intuitive and wise, always ready with encouragement and loving support. She is survived by her children Catherine S. Cuthell (David), Elizabeth S. Reed (Justice), Roger K. Smith (Rachelle Bose) and Margaret J. Smith (Otto Mussak) and eight grandchildren (David C. Cuthell, III, James K. Cuthell, Scott H. Cuthell, Whitney R. Smith, James K. Smith, Christopher D. Smith, Gordon K. Reed and Julia E. Reed). Her devoted husband of 67 years, Howard W. Smith, MD, predeceased her. The family is deeply grateful to the many people who supported Ora with love, friendship and compassion during her final years. Hardworking, gracious, honest and kind, Ora was grateful for the many blessings in her life. She will be greatly missed by all who knew her and will remain in our hearts forever. Funeral arrangements will be private. The family will announce plans for a memorial service at a later date. In lieu of flowers, the family suggests donations to the Lake Placid Volunteer Ambulance Squad and Lake Placid Volunteer Fire Department.
To plant a beautiful memorial tree in memory of Ora Smith, please visit our Tree Store

Look inside to read what others have shared
Family and friends are coming together online to create a special keepsake. Every memory left on the online obituary will be automatically included in this book.
View Tribute Book
Services for Ora Smith
There are no events scheduled. You can still show your support by planting a tree in memory of Ora Smith.
Plant a tree in memory of Ora

Share Your Memory of
Ora
Upload Your Memory View All Memories
Be the first to upload a memory!
Share A Memory
Plant a Tree