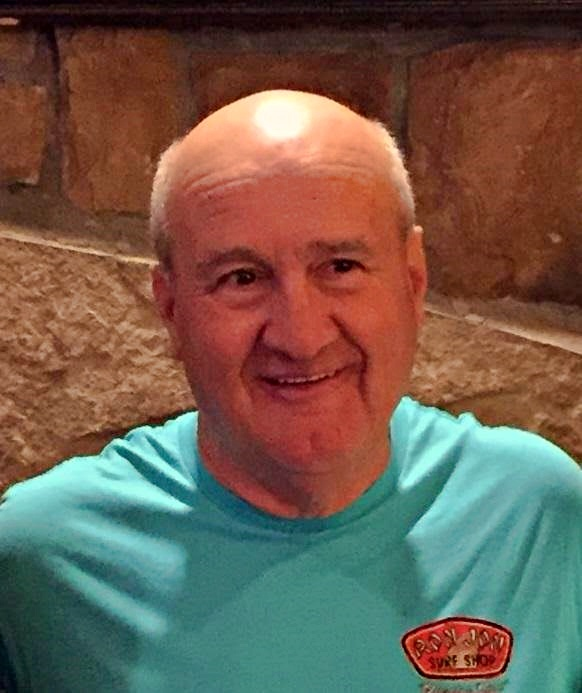 Please share a memory of Reginald to include in a keepsake book for family and friends.
View Tribute Book
Reginald H. Way 1st, the family of Reginald Way invites you to join them for a graveside service that will be held at the Haselton Cemetery, Haselton Rd, Wilmington, NY on Saturday, December 3rd, at 10:00 AM Reginald H. Way 1st, 74, died unexpectedly at his Lake Placid home on Sunday, November 27, 2022. He was born in Plattsburgh, NY, February 26, 1948 the son of Floyd and Martha (Wells) Way. Reggie grew up in Peru, NY and graduated from Peru Central School in 1966. He worked as a Heavy Equipment Operator for Harlow's Excavating and Contracting and also for Wayde Whitney Inc. His love of working in this field was engrained early on with his father teaching him how to use different equipment. In the early 90's he purchased his own truck and was owner/operator leased on with Economy Transport. Reggie absolutely loved his family and valued all of his friendships. He was an avid NASCAR fan and enjoyed going to races especially Dover. In his younger years he was well known to drag race cars during lunch time, and this led to him racing car #37 at Airborne Speedway in Plattsburgh, NY. In the summer he loved going on motorcycle rides. Reggie was always willing to help, especially if it was fixing a car. He was never one to just tell you how to do something but always there to make sure you did it right. As Wayde would say, "It's not the right way unless it's the Reggie Way". Reggie is survived by his fiancée Missi Strack of Lake Placid, NY; his children, Stephanie and her husband Andrew Rose of Saranac Lake, NY and Brittany Way of Jacksonville, FL.; six grandchildren, Reginald Way III, Karole Way, Jacqulynn and her husband Mathew Fleming, Cassitty Rose, Iyleeh Rose and Andrew Rose II; and six great-grandchildren. He is also survived by; sister, Joanne Brelia; brother, Lowell Way; sister, Judy her husband Joe McLeod; sister, Marilyn and her husband Pat Murphy; brother, Todd Way; sister-in-law, Pam Way; mother-in-law Doris LaRue; sister-in-law, Anna and her husband Rick Payro; sister-in-law, Sandra Smith; sister-in-law, Victoria and her husband George Paye; brother-in-law, Marcel and his wife Colleen Bruce; sister-in-law, JoAnne Bruce and several nieces, nephews and cousins, and family friend Damon Mihill and Reggie's little companions; Ladi, Codi, and Tobi. He was predeceased by his parents; the love of his life Carolyn; his son, Reginald Way II; brother Gary Way; brother, Ronald and his wife Linda Way; sister-in-law, Theresa Way; brother-in-law, Peter Brelia; brother-in-law, Marty Bruce; and his brother-in-law, Monty Bruce. In Lieu of flowers, please send donations in memory of Reggie to Tri-lakes Humane Society255 George Lapan Memorial Highway, Saranac Lake, NY 12983 or the Wilmington Fire and Rescue Department, 1197 Haselton Rd., Wilmington, NY 12997.
To send flowers to the family or plant a tree in memory of Reginald Way, 1st, please visit Tribute Store

Share Your Memory of
Reginald
Upload Your Memory View All Memories
Be the first to upload a memory!
Share A Memory
Send Flowers
Plant a Tree