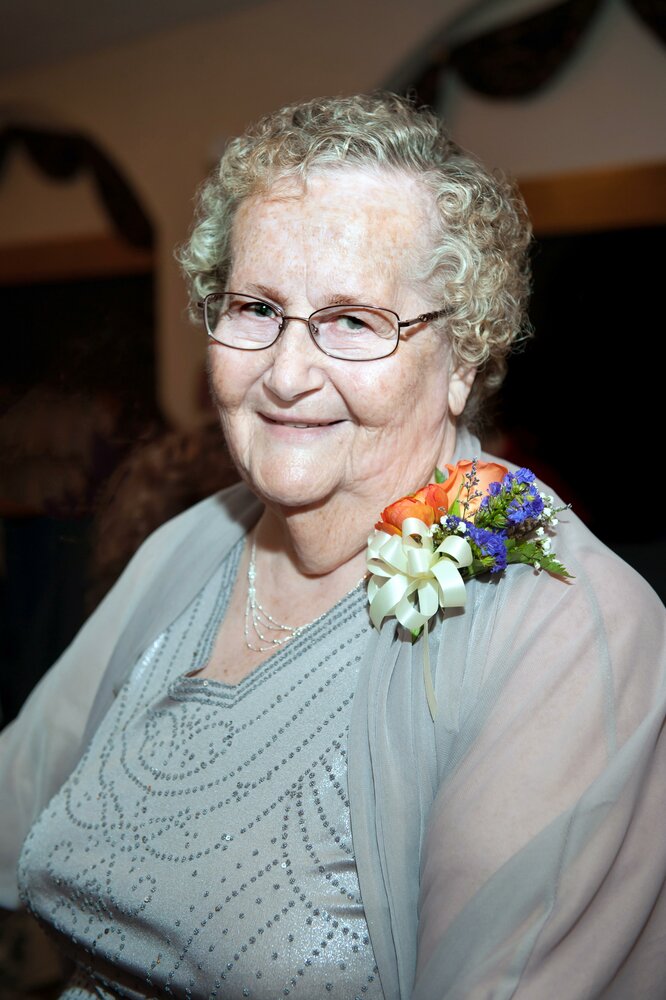 Please share a memory of Loretta to include in a keepsake book for family and friends.
View Tribute Book
Loretta T. Ashline, 88, of Prospect St. Champlain NY passed away peacefully on December 7, 2022 at home surrounded by her family. Loretta was born April 23, 1934 in Cadyville, NY, daughter of the late James and Esther Thornton. She was a loving wife, mother, grandmother and great-grandmother. Loretta worked for Montgomery Ward on Margaret St. in Plattsburgh and then went on to work at NCCS school district until her retirement in 1981. Loretta was married to Charles C. Ashline for over 50 years before his passing on June 8, 2010. They were married at St. James Church in Cadyville in 1959. Survivors include her daughter Carol and husband Ray Downs of Whitehall NY, her sons Stephen Ashline of Rouses Point and Joseph Ashline and wife Diane of Champlain. Also surviving Loretta are her grandchildren; Dennis (Carrie) Downs, Darren (Mandy) Downs of Whitehall, Kassandra (Dustin) Beauregard of Rouses Point, Jessica (Heath) Andre of Beekmantown. Great-grandchildren include: Jazmyn, Phelony, Ollie, Riley, Jack, Luke, Emmy, Belle, Liam and Beckett. Loretta is also survived by her two brothers, Donald Thornton of West Chazy and Owen (Sandra) Thornton of Morrisonville, brother-in-laws Clarence Ashline, Jr. (Sarah) of Champlain and Jeffrey Lees of Bryn Mawr, PA. Sister in law Lucy (Robert) Goddeau, and close cousin Marie Collins. Loretta is predeceased by sister in laws; Joan Thornton, Lorena Lees, Lena Mattot, Grace Hamel, brother-in-law Roy Ashline and father and mother-in-law Clarence and Lorraine Ashline. The family would also like to recognize close family friend Esther Parrott. We give our extreme gratitude to the Hospice family but especially Loretta's two angels Heather and Ashley. Calling Hours will be held from 3:00 - 6:00 PM on Sunday, December 11, 2022 at M. B. Clark Funeral Home in Champlain. Funeral Mass will be held at St. Mary's Church in Champlain on Monday, December 12 at 11:00 AM. Immediately following will be the burial at St. Joseph’s Cemetery in Coopersville, NY. In lieu of flowers, donations can be made to the North Country Honor Flight or Hospice of the North Country in memory of Loretta.
To send flowers to the family or plant a tree in memory of Loretta Ashline, please visit Tribute Store
Sunday
11
December

Share Your Memory of
Loretta
Upload Your Memory View All Memories
Be the first to upload a memory!
Share A Memory
Send Flowers
Plant a Tree