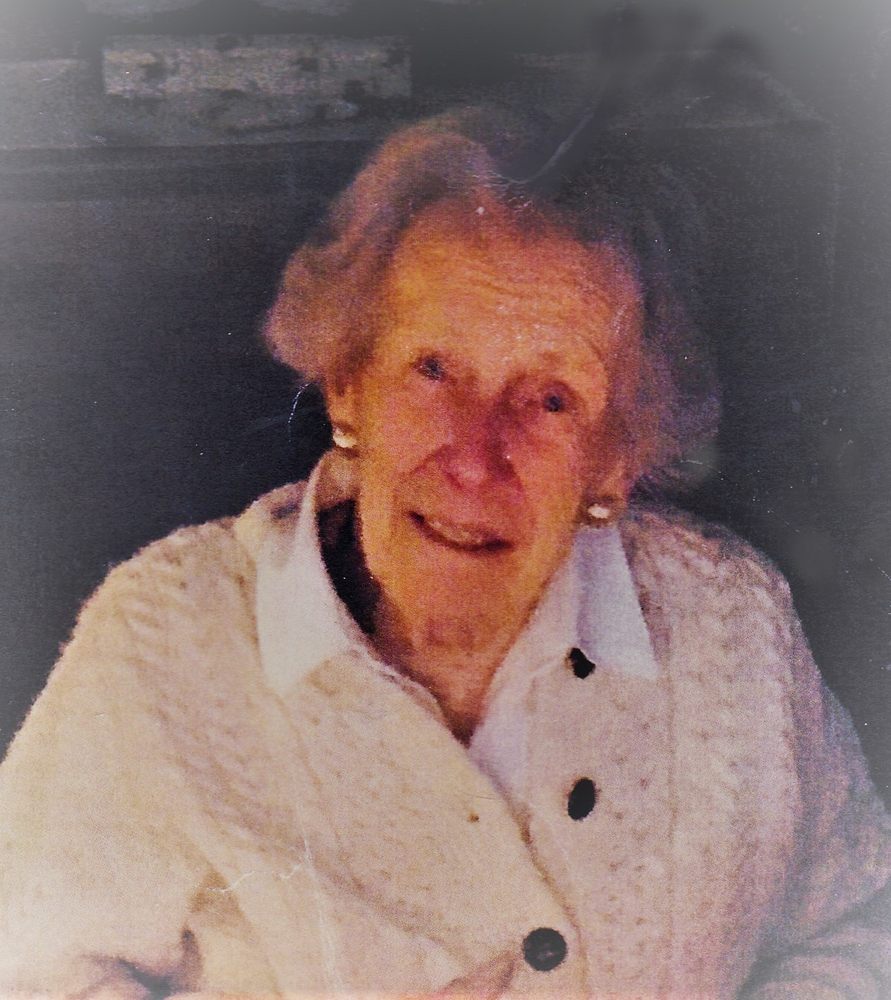 Brownsburg, Quebec on April 6, 1928, the youngest of four siblings.  She graduated from MacDonald High School in Ste-Anne de Bellevue and later received her RN from the Royal Victoria Hospital in Montreal, where she worked for several years before becoming Head Nurse in charge of the urology ward.

At the suggestion of a nurse friend (Betty D’Avignon Pratt), she moved to Lake Placid in 1955 to take up a nursing position at Lake Placid Memorial Hospital.  It was there that she met Dr. Herbert M. Bergamini.  They married in 1957.   She retired from nursing, except for assisting at Red Cross blood drives.

In the late nineteen-seventies, she began work in her close friend Roland “Bob” Urfirer’s law office, work which she continued until shortly before his death in 2014.  She was a faithful member of St Eustace Church and in the last years of her life, she was an active member of the church’s knitting group.

She was predeceased by her parents, Harry and                          Moina (Clements) Ardill, her husband, Herbert M. Bergamini, two brothers John and Gerald Ardill, and two stepsons, Edwin and John Bergamini.

She is survived by her sister Blanche Lang and by nine nephews: Robert, Peter, Ian, Bill and Don Lang, Ian, David and Stephen Ardill, and one niece, Barbara Lang Rottenberg.

She is also survived by her stepson, Dr. Herbert V.W. Bergamini and his wife Laurie of Lake Placid, and by six grandchildren by marriage: Michael, Malinda, John and Herbert Bergamini, Michael and Hadley Adams.

Family and friends already miss her vivacity (“toujours le garni”), her enjoyment of life (“Let’s kick up our heels”), her warmth, her wit and her generosity of spirit.

Funeral services will be held at St. Eustace Episcopal Church, Main Street,  Lake Placid on Saturday, February 2, at 1:00 PM, a reception to follow in the Church’s undercroft.

The M.B. Clark, Inc. Funeral Home in Lake Placid, NY is in charge of arrangements.  Relatives and friends are invited to share a memory, order flowers or leave condolences at www.mbclarkfuneralhome.com  .

Share Your Memory of
Kathleen
Upload Your Memory View All Memories
Be the first to upload a memory!
Share A Memory
Send Flowers