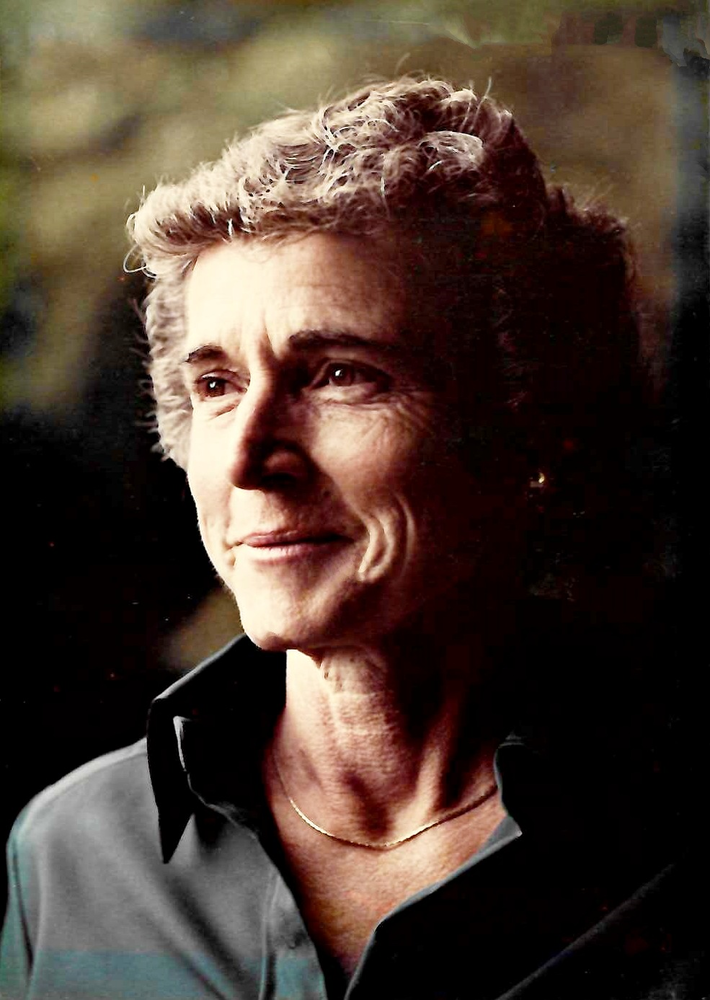 Please share a memory of Adele to include in a keepsake book for family and friends.
View Tribute Book
Adele Eells Pierce died peacefully on July 3, 2021 in Shelburne, VT. Adele lived a full and wonderful life. Born in 1921 to Howard Parmelee Eells and Adele Chisholm Eells of Cleveland, OH and Lake Placid, NY. Adele graduated from the Hathaway Brown School in Cleveland and attended Bennington College and the Amy Sacher School for Design in Boston where she met her future husband, Norman Pierce. The couple married after the Second World War and settled in the Boston area where her husband was vice president of the family business, S.S. Pierce. She spent her early years raising her young family and supporting her community as president of the Flower Club of America and the Boston Junior League. Adele, along with her husband and children, summered in Lake Placid for decades, a tradition that started in 1900, when her family first discovered the Adirondacks, an area she would love and support throughout her life. Following the premature death of her husband, Adele and her ever-present dog companions moved to Middlebury, VT, where she reinvented herself as a restaurateur. She worked with two young partners and a local contractor to envision and open the famed "Fire and Ice" restaurant, which she ran for many years as a favorite meeting place for Vermonters from all walks of life. Upon retirement, Adele continued to support her beloved community in many ways, especially through her work with the Henry Sheldon Museum of Vermont History in Middlebury. In charge of membership and coordinator of the 1982 Capital Fund Drive, Adele launched two new sources of museum revenue, starting the gift shop and orchestrating the annual Pops Concert. In response to her exceptional community service, Adele was awarded the Bicentennial Citizen’s Medal in 2002 and during her tenure as the head of the Pop’s Committee, Governor Jim Douglas declared “Adele Pierce Day” in honor of her many community services. Adele is survived by her son and daughter-in-law, Howard and Wendy Pierce of Charlotte, VT; her daughter and son-in-law, Adele and Tom Connors of Lake Placid; her granddaughter, Haleigh Pierce of New York City; and many beloved nieces, nephews and their families. Adele Pierce will be laid to rest next to her husband in Lake Placid, NY during a family graveside ceremony. In the future, there will be a gathering in Middlebury to celebrate Adele’s life. In lieu of flowers, the family urges friends to make a donation in her honor to the Henry Sheldon Museum, 1 Park Street, Middlebury, VT 05753 or a Humane Society of your choice. The M. B. Clark, Inc. Funeral Home in Lake Placid, NY is in charge of arrangements. Relatives and friends are invited to share a memory, upload a photograph or leave condolences at www.mbclarkfuneralhome.com .
To plant a beautiful memorial tree in memory of Adele Pierce, please visit our Tree Store

Look inside to read what others have shared
Family and friends are coming together online to create a special keepsake. Every memory left on the online obituary will be automatically included in this book.
View Tribute Book
Services for Adele Pierce
There are no events scheduled. You can still show your support by planting a tree in memory of Adele Pierce.
Plant a tree in memory of Adele

Share Your Memory of
Adele
Upload Your Memory View All Memories
Be the first to upload a memory!
Share A Memory
Plant a Tree