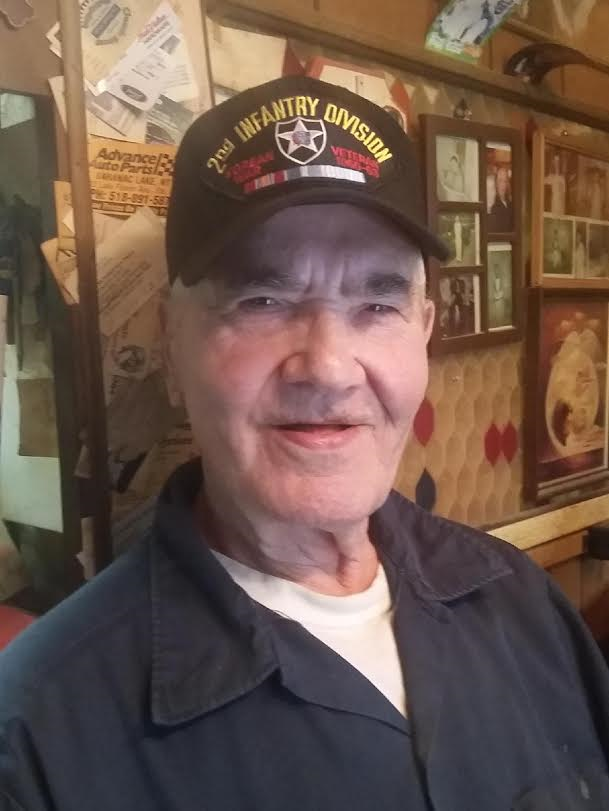 Please share a memory of Norman to include in a keepsake book for family and friends.
View Tribute Book
Norman Joseph McCasland September 15, 1930 – December 23, 2021 Norman J. McCasland, Jr., age 91, of Lake Placid, NY, passed away on December 23, 2021. He was born in Plattsburgh, NY on September 15, 1930. He is the son of the late Norman McCasland, Sr. and the late Blanche Tousley McCasland of Lake Placid, NY. He was the husband of Gloria Knotts McCasland, who pre-deceased him on February 9, 1995. He re-married Linda Bates McCasland, who pre-deceased him on February 7, 2017. Norman graduated from Lake Placid High School in June 1950. He was drafted into the US Army and served in the Korean War from Feb. 7, 1951, to Nov. 6, 1952. He served with E company/38th Infantry Regiment/2nd Infantry Division, achieving the rank of Sergeant. He was reportedly wounded twice and received two Purple Hearts, in addition to the Combat Infantryman Badge, and several service medals. He worked at the Hardware Store in Lake Placid, for many years with Fagan's Plumbing and Heating, and as an independent plumber. Mr. McCasland, in his younger years, was an avid hunter and fisherman. He was known as a "Jack of All Trades". He was a good neighbor and was known for loaning tools or giving a hand to anyone who needed it. He is survived by two daughters, Sharon Stevens (and her husband Bernie Stevens) of Lake Placid, NY; Noreen Venghaus (and her husband Kevin Venghaus) of York, SC; his brother, Edward McCasland (and his wife Kay McCasland) of Lake Placid, NY; two stepdaughters, Roberta Bates, of Saranac Lake, NY, and Deborah Bates, of Malone, NY. He has three grandchildren (Adam Stevens and Kristi King, Todd and Lyndsay Stevens, and Christina Stevens and Brian Baker), seven great grandchildren, and step grand and great grandchildren. He was pre-deceased by his son Robert McCasland (AKA Bob Mack) and daughter Valerie McCasland, and twin brother James McCasland of Lake Placid, NY. Norm's family would like to thank all the Doctor's and Nurse's at Mercy Living Center in Tupper Lake for the great care they provided to him since he resided there since July 2021. Also, to all the wonderful Doctor's and Nurse's at the Adirondack Medical Center in Saranac Lake. In lieu of flowers, donations may be made to the Parkinson's Foundation or the Alzheimer's Foundation of America. A Graveside Service will be held Wednesday, July 6th at 1:00 PM at North Elba Cemetery in Lake Placid, NY. Rev. Derek Hanson, pastor of the Adirondack Community Church will officiate. Post 326, Lake Placid will provide Military Honors. The M. B. Clark, Inc., Funeral Home in Lake Placid, NY is in charge of arrangements. Relatives and friends are invited to share a memory, upload a photo, or leave condolences at www.mbclarkfuneralhome.com.
To send flowers to the family or plant a tree in memory of Norman McCasland, please visit Tribute Store
Wednesday
6
July

Share Your Memory of
Norman
Upload Your Memory View All Memories
Be the first to upload a memory!
Share A Memory
Send Flowers
Plant a Tree