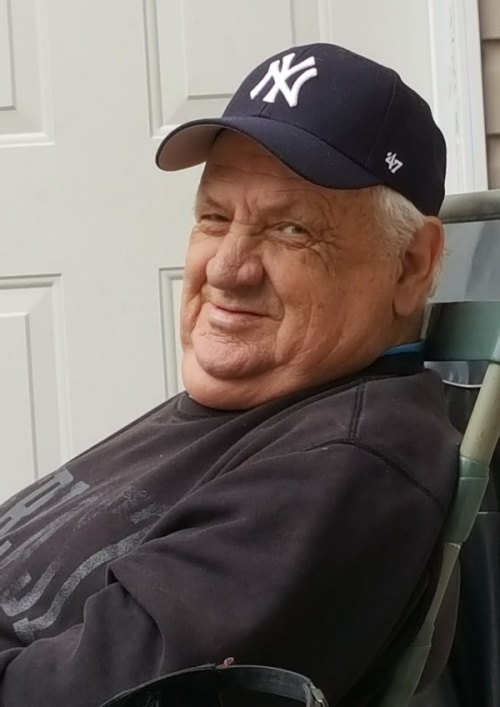 Please share a memory of Roger to include in a keepsake book for family and friends.
View Tribute Book
Roger Allen Foster, 78, of 59 Breezy Acres Lane, Saranac Lake, NY passed away Saturday, April 9, 2022 at the Adirondack Medical Center. Roger was born in Saranac Lake, NY to Mose and Edith (Oddy) Foster on May 17, 1943. Roger grew up in Saranac Lake where he attended the River Street School and graduated from Saranac Lake High School in 1962. After surviving two major life-saving surgeries, Roger lived with both his paternal grandparents, Herbert and Irene Foster and his maternal grandparents, Nathaniel and Annie Oddy. His youth consisted of camping, hunting, fishing and trapping with his family and friends. He frequently reminisced about fun times with the neighborhood "Rat Street" gang and his favorite past time, trapping with his brother. He worked for his Uncle Tom Oddy at Upstate Vending during his high school years and for a couple of years after graduation. He then attended SUNY-ESF Ranger School where he graduated in February 1965. After graduation, he went to work for Stuart P. Dauchy Surveying in Jamaica, VT as a surveyor from 1965-1967. In 1967, he started his career with the New York State Department of Environmental Conservation at the Region 5 Office in Ray Brook, NY. He held several positions within the department ending with Regional Manager of the Adirondack Fish Hatchery in Lake Clear. He retired in 1999. After his retirement from the state, Roger became an Independent Contractor delivering local news for the Adirondack Daily Enterprise and the Lake Placid News throughout many communities in the North Country until earlier this year. Roger is survived by his partner and love of his life, Debbie Dukett; two sons, Scott (JoAnn) Foster and Kevin Guile both of Saranac Lake, NY; a daughter, Cheryl Foster of Plattsburgh, NY; a stepdaughter, Callie (Aubrey Clow) Dukett of Spanaway, WA; a stepson, John (Katlyn) Dukett of Madison, WI; a daughter-in-law, Tracie Dille of Blackwater, MO; a brother and sister-in-law, Gary and Kathleen Foster of Saranac Lake, NY; a sister and brother-in-law, Irene and Frank Harrison of Las Vegas, NV; two granddaughters, Nichole (Kevin) Dunford of Keene, NY and Brook Borsdorf of Plattsburgh, NY; two grandsons, Brendan Foster of Saranac Lake, NY and Gavin Foster of Blackwater, MO; three nephews, Garrett (Brooke) Foster, Andrew (Jessica) Foster and Darren (Rebecca) Foster of Saranac Lake, NY; three nieces, Tharron (Daryl) Roberts of Saranac Lake, NY, Kelly (Brandon) Buckman of Southington, CT, and Jennifer (Michael) Garduno of Gales Ferry, CT. He is also survived by his former wives Joyce Stevens of Blackwater, MO and Mildred Guile of Plattsburgh, NY. He was predeceased by his parents, his son Glenn, a granddaughter Alyson Foster and a grandson Logan Foster. Like his grandfather and father, Roger was an avid outdoorsman. He travelled the woods and waterways of the Adirondacks by foot, boat and snowmobile. He truly loved being out in nature! He enjoyed playing tricks on people especially his sister and changing song lyrics to the great amusement of himself and others. He hardly ever missed a New York Yankee baseball game or a Denver Bronco football game. He loved his family and friends and his unique sense of humor will be missed by all who knew him and loved him. At Roger's request, there will be no services. The M. B. Clark, Inc. Funeral Home in Lake Placid, NY is in charge of his final wishes. Friends wishing to remember Roger may make memorial contributions to the New York State Ranger School, the Saranac Lake Rescue Squad or the Oncology Department at Adirondack Medical Center in care of the funeral home. Family and friends can also share their memories and sign the online guestbook at www.mbclarkfuneralhome.com. Roger's family would like to thank Drs. David Johnson, Brian Guadagno, and Eric Pillemer as well as the Saranac Lake Volunteer Rescue Squad, Adirondack Medical Center's Oncology and Emergency Room Departments and the ICU staff for the excellent care they provided him.
To plant a beautiful memorial tree in memory of Roger Foster, please visit our Tree Store

Look inside to read what others have shared
Family and friends are coming together online to create a special keepsake. Every memory left on the online obituary will be automatically included in this book.
View Tribute Book
Services for Roger Foster
There are no events scheduled. You can still show your support by planting a tree in memory of Roger Foster.
Plant a tree in memory of Roger

Share Your Memory of
Roger
Upload Your Memory View All Memories
Be the first to upload a memory!
Share A Memory
Plant a Tree